The Confession of Belhar

Our Denomination – The Presbyterian Church (USA) 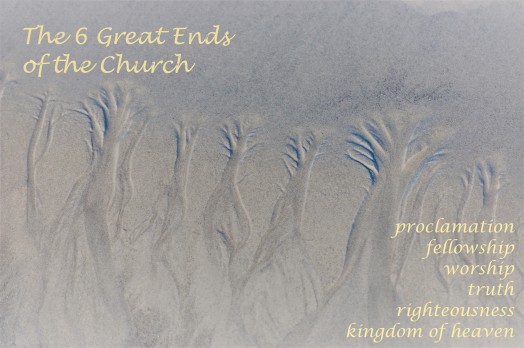 Mid-Coast Presbyterian Church belongs to the Presbytery of Northern New England (PNNE). PNNE, and thus Mid-Coast, is part of the Synod of the Northeast.

Participating in PNNE, MCPC sends two elders and the pastor to each of the year’s three Presbytery Assemblies, the governing body of the Presbytery. MCPC members also are involved in PNNE’s Ministries including community outreach, immigrant church communities and new church developments, training events, Mission at the Eastward, Prison Ministry, and PNNE committee work. PNNE is involved in Synod in a similar manner.

Coming together as presbyteries and synods extends our ministries and allows us to support the greater church. The PC(USA) national level is also referred to as the General Assembly.

What Is a Presbyterian?

As Presbyterians, we trace our history to the 16th century and the Protestant Reformation. Our heritage, and much of what we believe, began with the French lawyer John Calvin (1509-1564), whose writings crystallized much of the Reformed thinking that came before him. Many of the early Presbyterians in America came from England, Scotland and Ireland. The first American Presbytery was organized at Philadelphia in 1706. The first General Assembly was held in the same city in 1789 and was convened by the Rev. John Witherspoon, the only minister to sign the Declaration of Independence.

Presbyterians are distinctive in two major ways. We adhere to a pattern of religious thought known as Reformed theology and a form of government that stresses the active, representational leadership of both ministers and church members.

The core of Presbyterian beliefs includes the sovereignty of God, the authority of the scripture, justification by grace through faith and the priesthood of all believers. We believe God is the supreme authority throughout the universe. Our knowledge of God and God’s purpose for humanity comes from the Bible, particularly what is revealed in the New Testament through the life of Jesus Christ. Our salvation (justification) through Jesus is God’s generous gift to us, and not the result of our own accomplishments. It is everyone’s privilege – ministers and lay people alike – to share this Good News with the whole world. That is also why the Presbyterian church is governed at all levels by a combination of clergy and laity, men and women alike.

Presbyterians are BELIEVERS and DOERS

WE BELIEVE – in the Great Ends of the Church as set forth in our Book of Order: “the proclamation of the Gospel for the salvation of humankind; the shelter, nurture, and spiritual fellowship of the children of God; the maintenance of divine worship; the preservation of the truth; the promotion of social righteousness; and the exhibition of the Kingdom of Heaven to the world.”

WE BELIEVE – in a theology of mission, as expressed in the Westminster Confession of Faith: “… Christ hath commissioned his Church to go into all the world and to make disciples of all nations. All believers are therefore under obligation … to contribute by their prayers, gifts, and personal efforts to the extension of the Kingdom of Christ throughout the whole earth.”

WE DO – mission and its related functions in “good Presbyterian order” through the structures of our General Assembly, synods, presbyteries and local churches, which provide accountability in a connectional system.

WE DO – mission in partnership locally, nationally and globally by prioritizing our available resources.